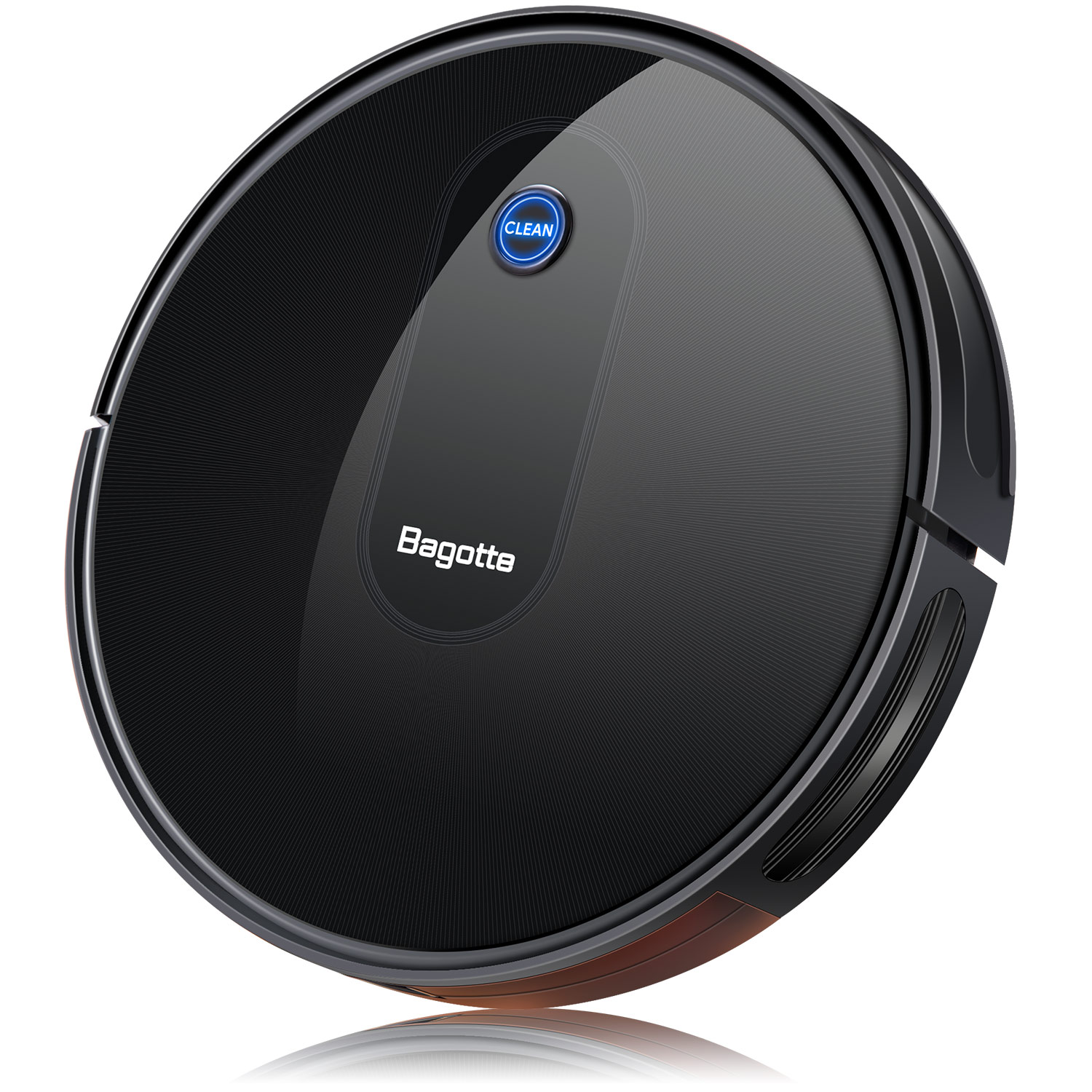 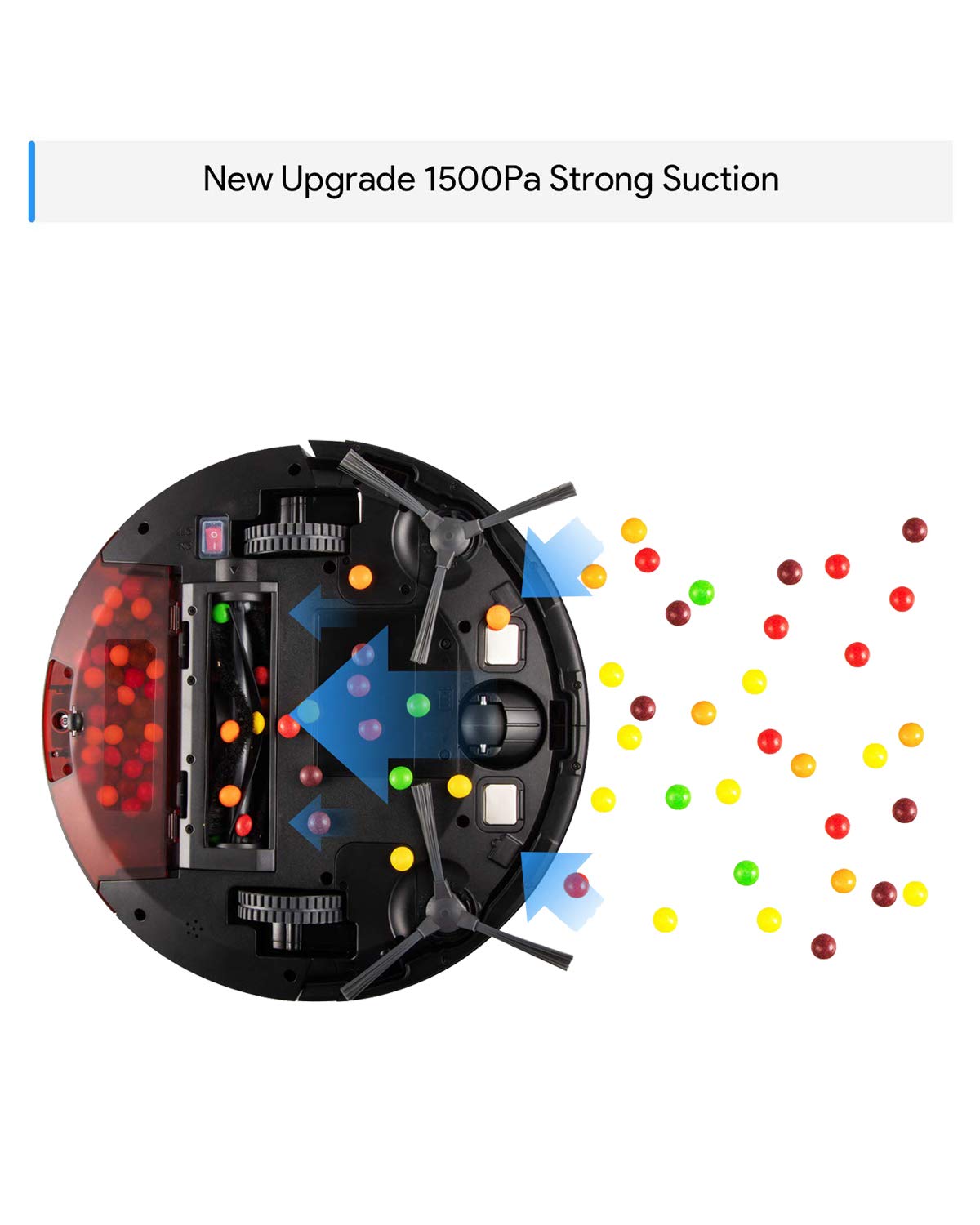 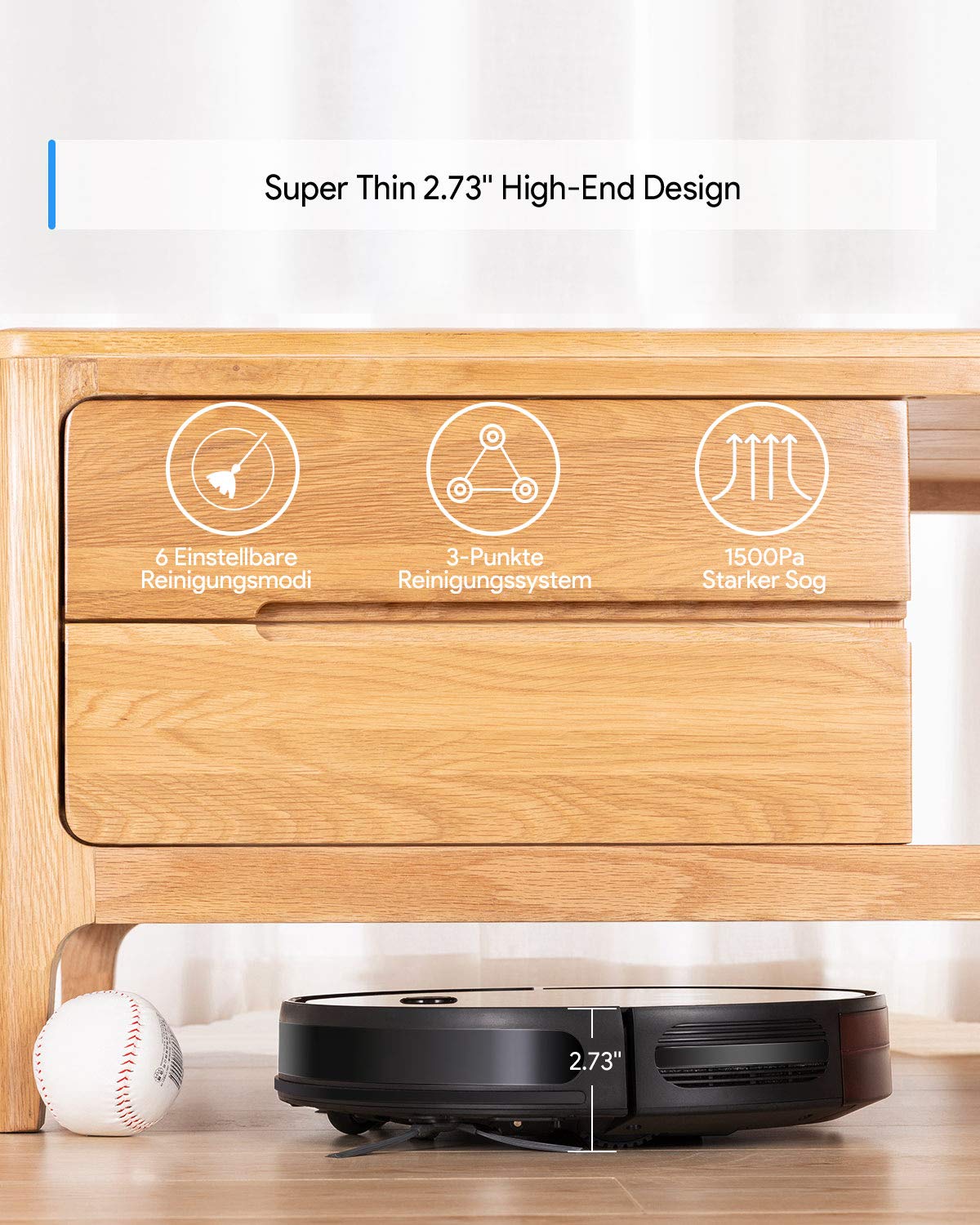 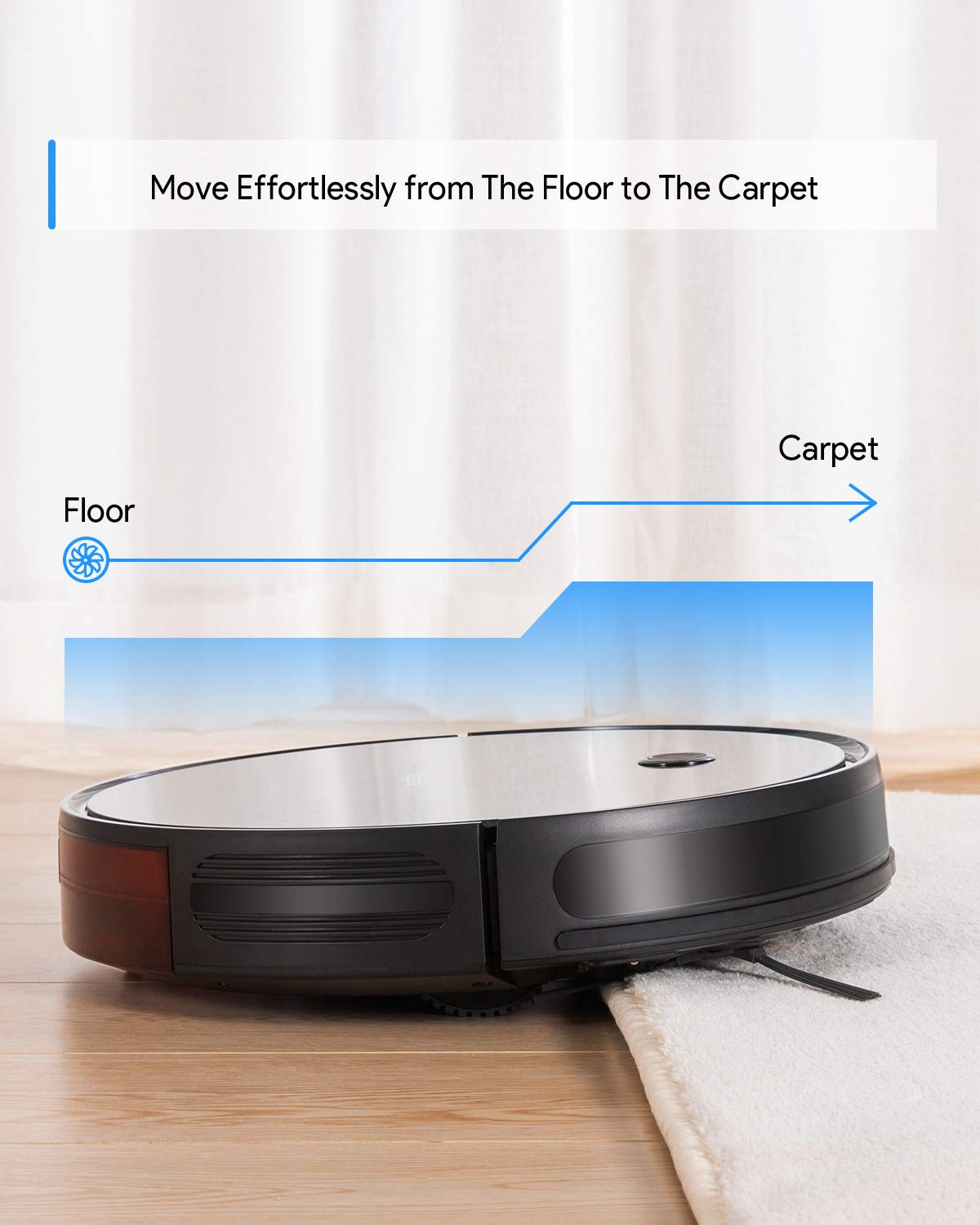 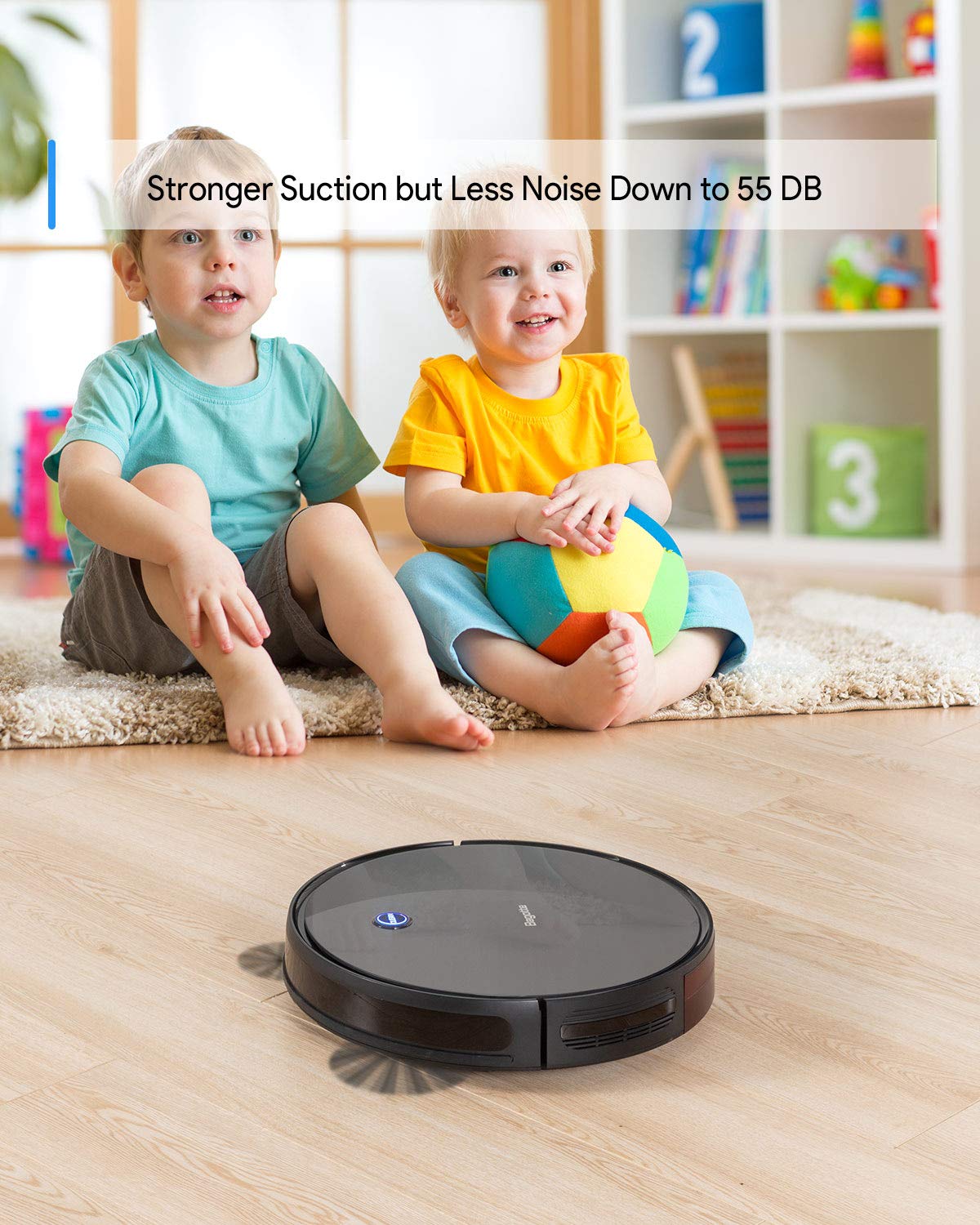 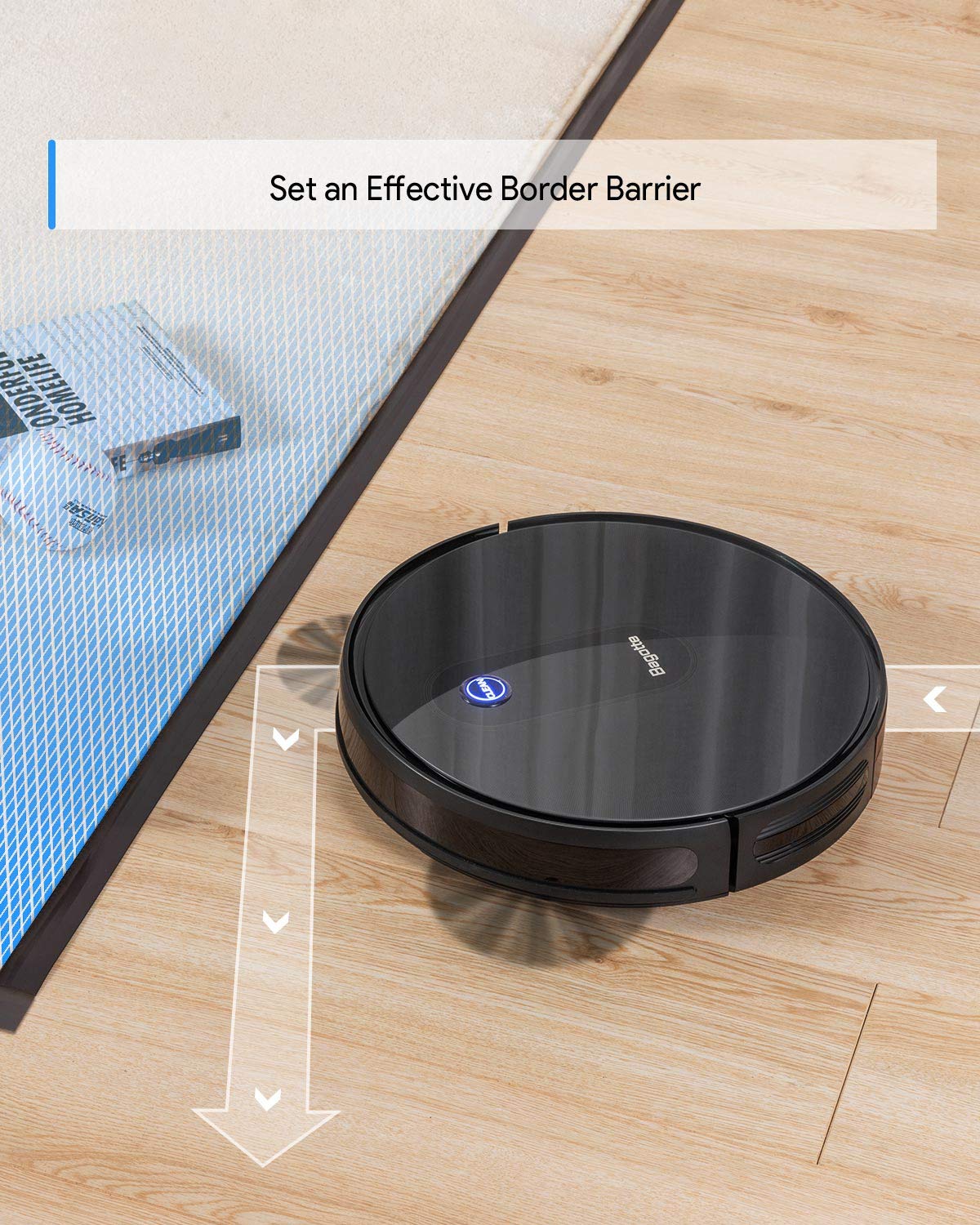 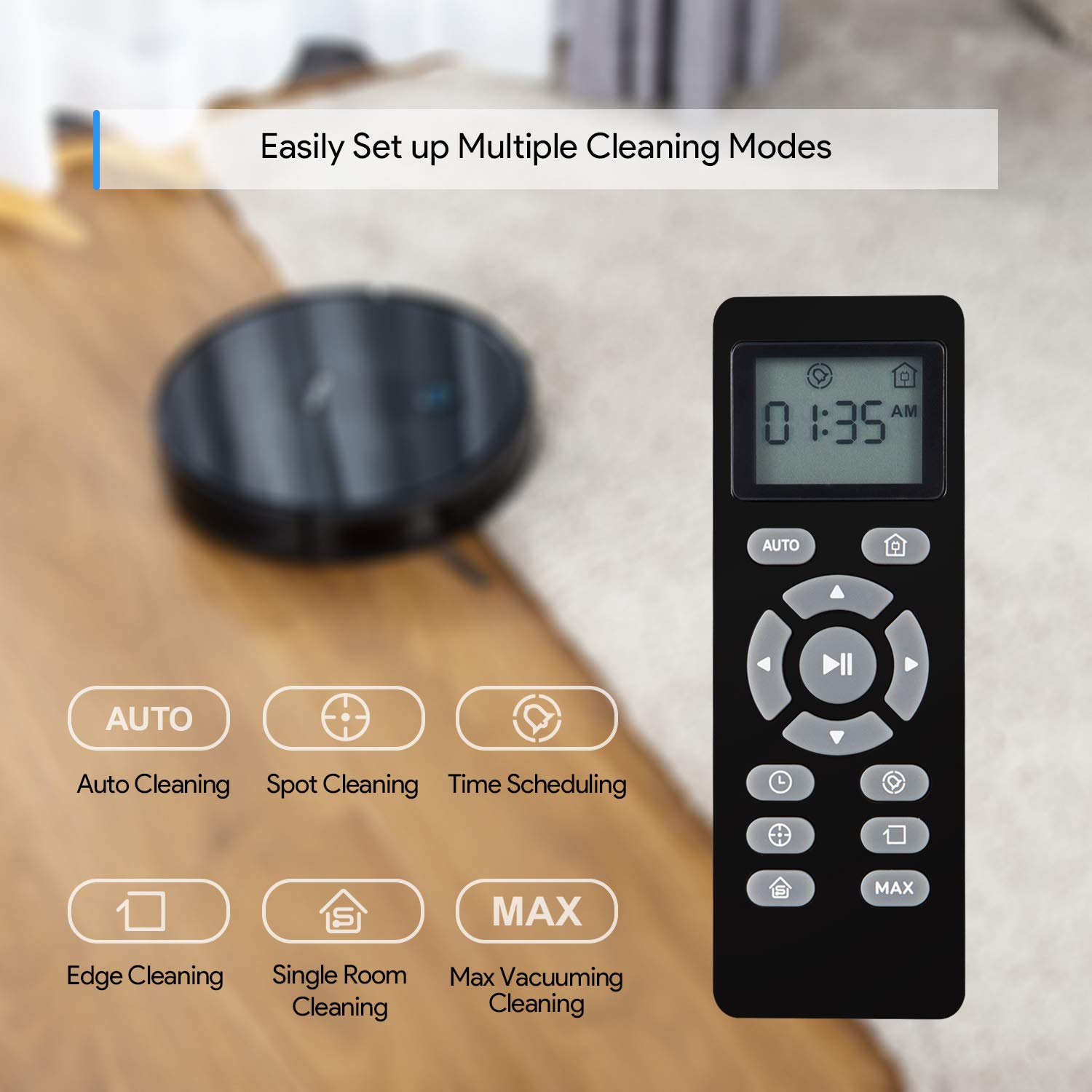 freely Cleans From Floor to Carpets

Picks Up More Pet Hair Than Other Robot Vacuums 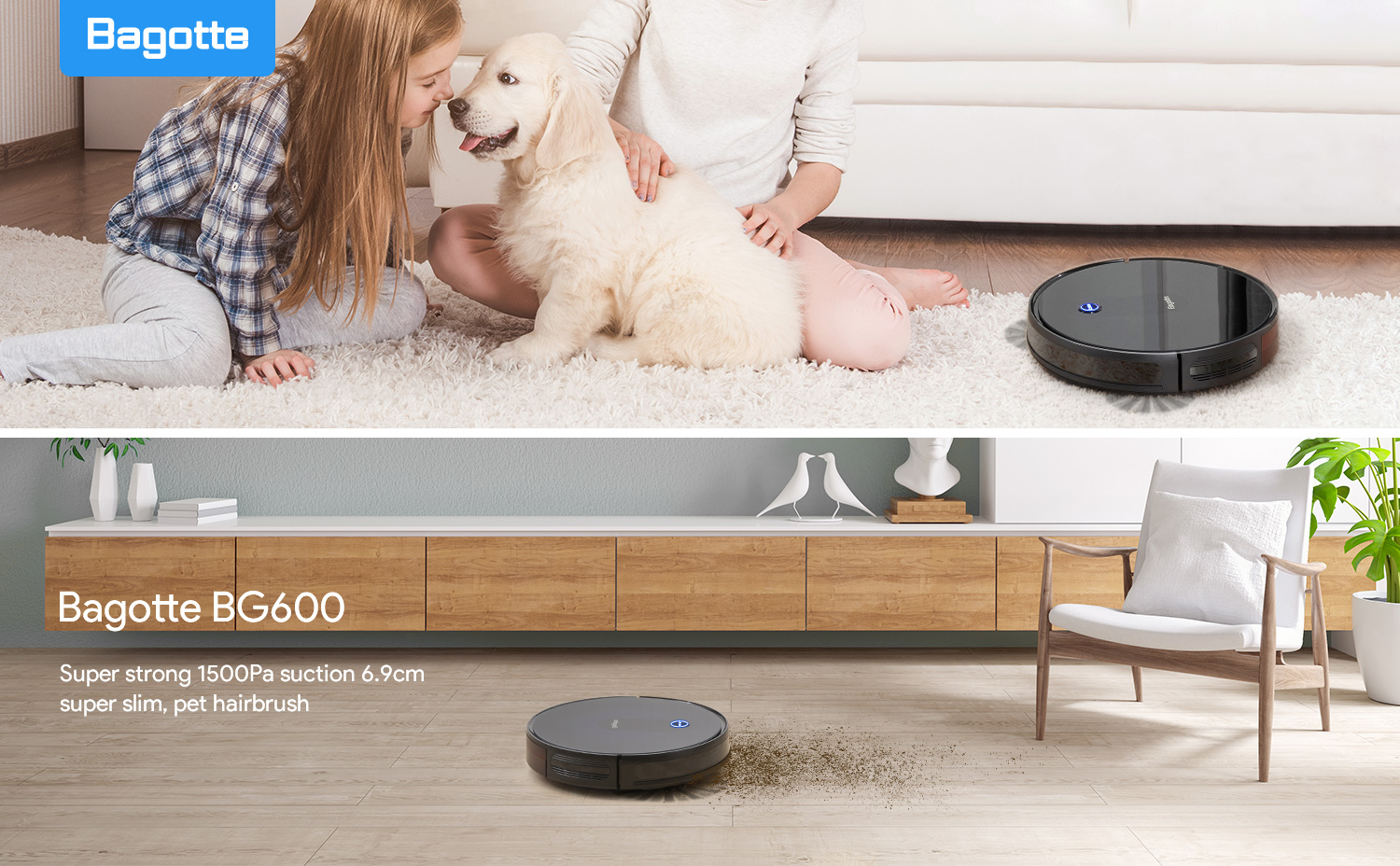 What voltage is BG600 rated for? How long does it take to charge each time?

How often do I need to replace the brush and filter? How to order?

For a better cleaning experience, we recommend replacing the accessories once every 2-3 months. You can order directly at our Amazon Store

What is the 3M tape and the roll of magnetic stripping for?

This is a magnetic strip that prevents the robot from crossing the boundaries and the robot automatically avoids it as it approaches it. You can put it on the stairs or wherever you don't want it to pass.
Usage:
1. Measure and cut Magnetic Stripe to your desired length.
2. Firmly place Magnetic Stripe on the ground to create a barrier.
3. Vacuum Cleaner will not pass over the Magnetic Stripe.

What if BG600 suddenly cannot be activated?

What should I do if I can't schedule cleaning?

1. Make sure the main power switch on the bottom of robot is turned on.
2. Make sure the time, time of day (AM/PM), and the scheduled time have been set correctly.
3. Check if robot’s power is too low to start cleaning.

Very effective and smart than I expected

The Bagotte robot vacuum is excellent. I have to say it was a little bigger than expected but it's not too big that its cumbersome. The ability to program it is great and it's ability to self navigate is amazing. It starts off covering the large center areas of the room and then goes off sweeping all the edges. It is much more effective than I expected and navigates the room much better than expected. The robot vacuum even manages to get in under the table and chairs and hoover underneath there, takes a bit of time to get back out, but always managed. The self charge feature is awesome, once power is low or you take pity on him and push the home button, within a minute he's back at base charging up for the next round. Emptying is also very simple, he always back onto the charging pad so the waste bin is exposed meaning it's just one button push to remove the dust and tip it into the bin. Overall a very clever piece of machinery that actually does a remarkably good job.

As an owner of an Irobot roomba which has been consistently annoying since we bought it 9 years ago for twice the price, I did think twice about buying another robot vacuum. However, my hatred of hoovering took priority. Compared to our 500 series Roomba: • The Bagotte is far, far quieter than the roomba, even on maximum suction mode. • Bagotte does not have an annoying 'nobble' on top - this leads to roomba getting trapped under all sorts of furniture. Even top of the range roombas still have the 'nobble'. • Obviously it is much cheaper. • The two brushes on the Bagotte make more sense than the one brush used by roomba, which don't brush edges effectively at all, and sometimes flick bits of dirt out of its path so it misses them. • Roomba doesn't seem to have a good ability to sense objects, repeatedly bashing into them. Bagotte avoids objects much better and those which it does knock, it merely taps, which is also much quieter. • The dust container looks to be about the same size. The brush tool isn't very good. A hair comb or something like that will probably be useful. The bagotte comes with a piece of metallic tape, which you can lay down to prevent it going into certain areas. Contrary to another reviewer, this seems to work perfectly well. It is better than the irobot 'virtual wall' because it can be bent and shaped to your requirements, and doesn't need a battery. Bagotte also comes with a remote control. Irobots costing above £400 can be controlled by your phone, but not their cheapest version. The remote control can be used to do a the whole floor, turn on max power (not on automatically), focus on small spot, just do edges. You can also set a timer, which turns it on at the same time every day. This is the only feature irobots have which is better - that you can also select certain days. The roomba has cost us a lot in repairs. Despite supposedly having technology which prevents it eating cables, we have had to buy two new brush cages plus a new battery, which cost about £70 each. I can't say about replacement parts for bagotte, but the lower initial price definitely softens the blow. Another factor which you may wish to consider is that irobot also make military technology; something I only realised after purchasing it. Personally, I would rather not fund war. So far, the bagotte seems to be vacuuming our carpet very well. The 1500pa suction seems to be at the higher end of the suction spectrum that you can get for robot hoovers. If you're buying a robot hoover for the first time, my advice is: Beware of cables and shoelaces, which can be lethal! You may have to rearrange some of your furniture to accommodate the hoover. For example, rugs with tassels are incompatible with robot hoovers. There might also be items it gets stuck under (I haven't noticed this with the bagotte as yet) Don't get rid of your manual hoover, you will still need to do edges occasionally and hoover stairs yourself (my dream is that one day they'll design one that can do stairs too!) You will have to clean the machine frequently, possibly after every use if you have pets as the hair clogs the whole thing up. I keep a pair of hairdressing scissors near the docking station for this purpose. Above all, buy one! It'll change your life. Well maybe that's hyperbole, but it will save you a lot of time which you can spend on far more productive tasks such as saving the world (or watching TV or whatever...)